Cook Up a Storm 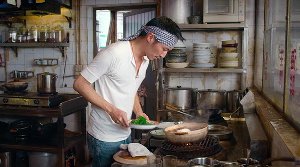 Story: Tian Ci (Nicholas Tse) is an excellent cook who was raised by "Uncle Seven" (Ge You) after his father (Anthony Wong) left him at the age of ten. Since then, twenty years have passed and Tian's father is now the "God of Cooking". The restaurant in which Tian cooks is small but extremely popular and has even been noticed by the media. But suddenly, a Western restaurant opens up on the opposite side of the street, and its chef Paul Ahn (Jung Yong-hwa), who has perfected his art in France and has already received three Michelin stars, wants to build up a special clientele. The new restaurant is also a forecast of the soon-to-be-planned restructuring of the traditional neighborhood. It doesn't take long and the two chefs are butting heads with each other. The participation in an official competition is supposed to bring the rivalry to a clear conclusion. Moreover, the winner will go to the finals in Macao, where there is also the chance to compete against the "God of Cooking". Will Tian Ci be able to prove to his father that he was wrong thinking he had no talent in cooking and that he has actually become an outstanding chef? But first, Tian has to get past Paul, and with his modern preparation methods he is a bigger hurdle than he initially thought. However, the two are not as different from each other as it seemed at first. 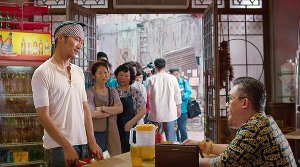 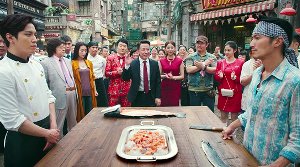 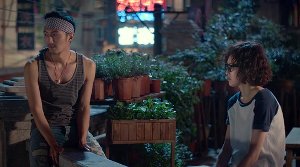 Review: With "Cook Up a Storm" you get exactly what you expect. A movie about cooking, in which the preparation of food gets captured with spectacular close-ups and the battle of stoves almost has a mangaesque touch to it. The confrontation of the opponents is also reminiscent of a Beat'em Up game. So, do we get to see something great? No, but the movie serves its purpose and uses exactly those clichés you would expect, but without getting carried away too much. Strictly speaking, the flick even gets more interesting as it progresses, and there are some developments that you would not have expected. The otherwise rather formal plot is also improved a little bit by the father-son relationship. Overall, this makes for an entertaining movie, whose problems mainly lie within its characters. 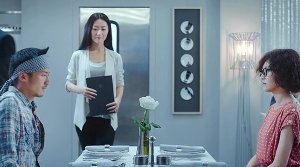 For several years now, Nicholas Tse ("As the Light Goes Out") has had a show named "Chef Nic" in which he cooks with different stars from China in different places all over the world. So, he certainly has a passion and a talent for cooking, which he proves once more in "Cook Up a Storm". He is also able to pull off the necessary charisma, even though his role requires a more reserved performance. Tian's relationship with his father, played by Anthony Wong ("The Mobfathers"), is complicated and spices things up a little bit. Without it, the movie would have ended up even more plain than it already is. But acting-wise, no one impresses here. The supporting roles are rather forgettable too. But this is not supposed to mean that they don't fulfill their purposes. It's just that the movie doesn't work as a comedy because it lacks likeable characters. 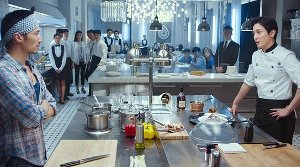 But the biggest problem is Jung Yong-hwa as Tian's rival. First, I thought the filmmakers put some Korean boygroup member, who I - as always - don't know, in the lead again to win over as many fans as possible for the movie. And in fact, I was just half wrong: Jung is a member of a pop/rock band and even plays some instruments himself. But he doesn't have any charisma. He is just a doll-like beauty, if your ideal of beauty corresponds to that of Korean boygroup members. His wooden face (although porcelain-like would be more appropriate) simply never allows us to see him as an individual. He is just the rival who represents a completely different cooking school. At least, his aura suits the elitism of a luxury restaurant. Later, however, there are a few developments that lead to Tian and Paul speaking about their issues, and it turns out that they could actually have had more chemistry on screen if the filmmakers had made use of their potential. 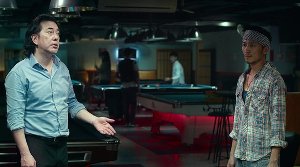 But of course, you want to see the cooking duels. As with similar works of the genre, like "Le Grand Chef", these movies are all about staging the ingredients and the preparation of food. The close-ups, the lighting and the camera work create exactly those kinds of impressive images that make you hungry even when you have just eaten. The cuisine mixes traditional dishes with modern ones, forging a bridge to the restructuring of Hong Kong's traditional streets and food stalls. The allegory is very obvious and the tension between the two poles of tradition and modernity gets relieved during the cooking duels until it becomes clear that the two could actually work well together. So, there are no real surprises, but we do get set on the wrong track a few times. 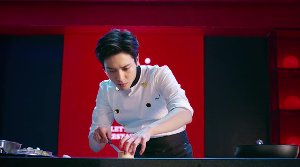 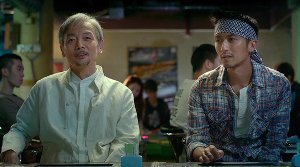 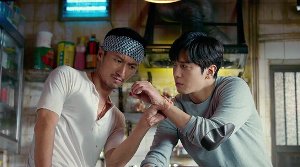 In the end, however, everything falls into place and you get the ending you would have expected to get in the first place. Maybe with a few small deviations. But not enough for us to call the movie inventive. You have kind of seen it all before and the movie lacks a charismatic anti-hero, because Anthony Wong just doesn't get enough screen-time. What is surprising, however, is that "Cook Up a Storm" doesn't work as a comedy. If you look for moments where you have to laugh, your search will be in vain. So, all that's left is a disappointing comedy, which may still be interesting for those who love food. Nevertheless, the pacing stays quite high and things never get boring. Despite the drama, the movie still manages to get you into a good mood and so, in the end, a certain audience will actually be able to have fun. But why watch this movie and not any of those other numerous flicks about the country's local cuisine? That's the question you have to answer for yourself...