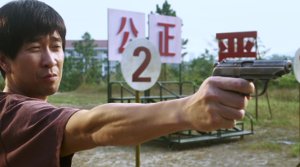 Story: It's the 90s, and Zhang Jun (Daniel Wu) and his team of robbers keeps all of China in suspense. The thieves rob banks and jewelry stores and because they operate extremely ruthlessly, there have already been several deaths. When Captain Zhong Cheng (Wang Qianyuan) happens to just arrive in Chongqing, he has a weird feeling about a shop, and as it turns out the store is in fact just being robbed by the gang. Zhong is kidnapped and shortly afterwards, he is thrown out of the getaway car. Since then, the captain has become deeply absorbed in the case. Because the perpetrators wore masks, he cannot identify any of them, but he has bitten off a piece of Zhang Jun's ear, who is the leader of the gang. Nevertheless, a few years go by before a new lead comes up in this case. The gang has already switched the neighborhoods in which they operate several times, and they even secure the region around the next target by putting one of the robbers on a rooftop to keep an eye on the area. Zhong manages to injure the man who is supposed to organize the escape, and now Zhang Jun does everything he can to kill his accomplice, so that he wouldn't put the rest of the group in danger. This leads to a big public shootout. But once more, Zhang and his men manage to escape. However, the leader of the group has a girlfriend now, and she is also pregnant, so this gives the captain a new leverage point. Still, Zhang is always one step ahead of the police, and with each day the gangster is still at large, more people are in danger of falling victim to him. 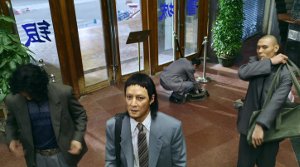 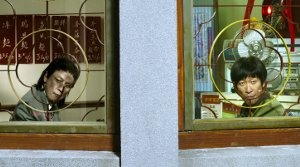 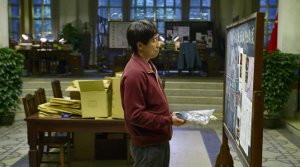 Review: The feeling of nostalgia concerning HK cinema classics such as "Hard Boiled" or the not so well-known "Expect the Unexpected", which "Caught in Time" is a little reminiscent of, has been used often enough to try and create similarly successful movies in present times. Unfortunately, without much success, except perhaps with a few exceptions like "Trivisa". Once again, we have a movie here that clearly tries to take the same line, which should not come as a surprise, because the events even take place in the 90s. But can a crime thriller produced by mainland China succeed in bringing the same kind of gritty flair to the screen as movies did back then - complete with complex character drawings? The answer to that should be clear: not really. And of course, once again, the reason for that is Chinese censorship, which would never allow gangsters to be heroes or even winners. 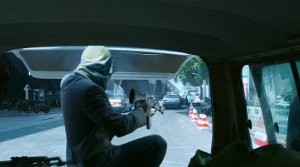 Let us also take a closer look at another point of criticism that is often found in Chinese productions: pathos. And yes, we also get some pathos in this movie. Most of the time, it is not too intrusive, but scenes like the one where the Captain takes down flyers which block people's view on a police propaganda poster, or the salute of a police officer who lost his hand in the line of duty, will make you roll your eyes just as much as parts of the movie's ending, in which the great police work is praised. For this reason alone, "Caught in Time" cannot keep up with the much more complex portrayal of good and evil in Hong Kong thrillers back then. But if you ignore downsides like these, there are some similarities between then and now, and the director even celebrates the golden times of Hong Kong cinema. For instance by showing some original snippets from John Woo's "The Killer", which is supposed to serve as some sort of educational material for both police and gangsters. 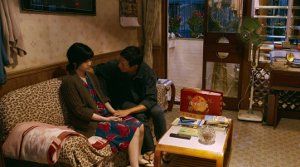 First of all, there is the color scheme and the slightly rainy atmosphere, which may seem familiar. Then the gangsters, especially Zhang, act extremely ruthless. For him, a human life is worth nothing. Not even that of a child! But here it becomes apparent that HK cinema would have gone a step further. Later, it's surprising that Zhang suddenly gets a little romantic storyline, in which the originally emotionless villain also reveals a softer side. This plotline is not really elaborated, but it surprises, and thanks to Daniel Wu ("That Demon Within") it actually works quite well. Wu is allowed to act as a very charismatic villain, who also has something disgusting and dirty about him. Even though the script may hint at some other sides he might have, it's thanks to the actor's expertise, you can still see them a little more vividly than you would expect. Which becomes apparent in respect to the relationship with his mother. Nevertheless, you should not expect too much here. 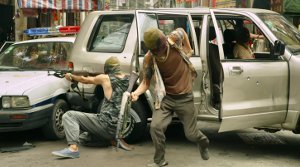 Wang Qianyuan ("Saving Mr. Wu") delivers a decent performance as the policeman, but he lacks a real backstory. Just a few dialogues with colleagues are not enough to make the police captain more interesting. The supporting characters also seem quite flat. But some nice action sequences compensate for all that. We get to see a few shootouts in the middle of the street, and some of the sets are nicely chosen too, such as the apartment building, in which a few of the gangsters are bottled up. Here, the illusion of a one-shot scene is conveyed by a few clever cuts as well. In addition, there are some special effects that manage to catch our attention because they make things possible that might not have been so easy to shoot back in the day. Overall, the action is short and snappy, and it is not used too lavishly. A small highlight is the finale in a bathhouse, in which the two opponents simply clash with one another while the fight shows the necessary oomph without using much choreography. 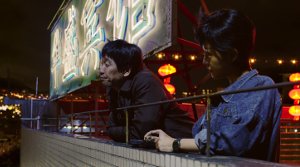 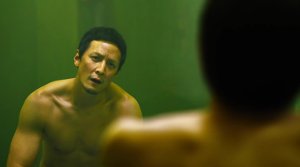 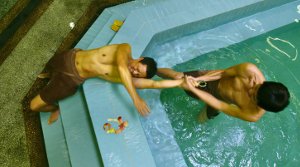 The fact that there are some coincidences or even mistakes in the script, is not all that bothersome, especially since they even may have been worked in intentionally as a dig at the HK cinema of the 90s. Nevertheless, director Lau Ho-Leung managed to create an overall more coherent and entertaining movie with his earlier work "Two Thumbs Up". Be that as it may, it is still refreshing to see a crime story in the shape of "Caught in Time," in which surveillance cameras are just starting to become part of public life and cell phones aren't even in the mix yet. And the rough and unpolished look fits in the kind of flick that this movie is trying to imitate. However, the movie doesn't quite manage to strike home when it comes to the rigid tone of an HK thriller. For this, the censorship authorities put too many obstacles in the director's way. And it also gives the flick a dull aftertaste and makes it quite forgettable. This is a pity, because genre fans of that time will immediately feel at home with this movie. However, it should also be noted that the medium of cinema has evolved since the 90s, which is not necessarily a bad thing.